A Mythological Story: Io and Zeus… 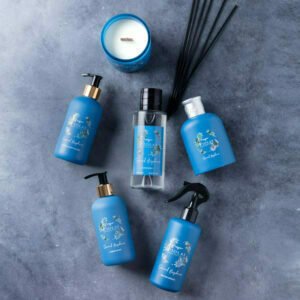 We reach the Bosphorus of Istanbul, inspired by Sacred Bosphorus and enriched by fascinating stories and myths.

Io is the daughter of the Argos river god Inachus, and is also a priestess of the goddess Hera Temple. Zeus, the God of Gods, known for his debauchery, one day sees Io on earth from his throne in Olympos and once again fell in love.

Accustomed to acquiring the women he loves without questioning the body and form, Zeus becomes together with Io in the form of a white cloud. 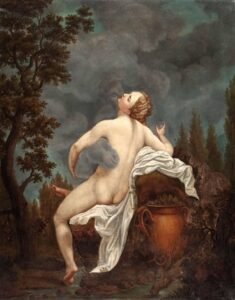 Realizing that her husband was not in Olympos at that time, Hera sets out to search for Zeus on earth. Knowing that he will be caught, Zeus turns Io into a white cow. Hera finds them, but finds it difficult to believe that the cow is just a cow and asks Zeus to present this dazzlingly beautiful cow to her.

He ties the cow to an olive tree and makes Argus Panoptes his keeper. Argus Panoptes has a hundred eyes, although some of these eyes are asleep, some of them are always open and see everything. Zeus, who wants to show mercy to Io, whom he turned into a cow, assigns Hermes. Known for his speed, intelligence and deception, Hermes receives magical poppy flowers from Hypnos, the god of sleep. He tells stories to Argus, whom he approaches in the guise of a shepherd, and by playing his pipe where he puts poppy flowers, Argus puts Panoptes to sleep in every eye. When Argus sleeps, he kills him, freeing Io. 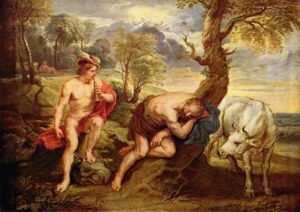 Io is saved, albeit in cow form, but Hera is furious. He carries the eyes of his lost guardian Argus to the tail of the peacock, which is known as one of the symbols of Hera, and this is how the peacock gains its glory. Hera, who has a strong sense of anger and vengeance, infests Io’s cow body with a horsefly. Each bite of this fly causes Io to flee helplessly from place to place. Io throws himself into the sea and these blue waters, where the Adriatic and the Mediterranean meet, are called the Ionian Sea. The first water passage separating Europe from Asia, which he reached by swimming from Ionia, is called “Bosporos”, which means “cow pass” in ancient Greek.

Although Io’s journey in the form of a cow gives its name to the Bosphorus and one of its stories, it does not end here, it reaches Egypt. Here she was transformed back into human form by Zeus and gave birth to a daughter named Keroessa. This girl gives birth to Byzas, who will later be named after the Byzantine Empire, which enriches the fascinating texture of Istanbul.

Gods and Goddesses Associated with Plants in Mythology

Peony The peony is believed to be named after Paeon, a healing god who healed the wounds of Had...