Gods and Goddesses Associated with Plants in Mythology

The peony is believed to be named after Paeon, a healing god who healed the wounds of Hades and Ares.

The related flower legend says that Paeon was a student of Asclepius, the god of medicine and healing. She was once instructed by Leto (Apollo’s mother and fertility goddess) to obtain a magic root that would relieve the pain of the women growing up on Mount Olympus during childbirth.

Asclepius became jealous and threatened to kill his disciple.

Zeus saved Paeon from the wrath of Asklepios by turning him into a peony flower. Peony seeds were used by pregnant women in ancient times. 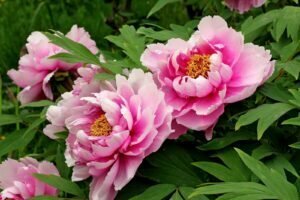 In Greek mythology, the great seer Melampus used this herb as an herb to cure the madness of the daughters of King Proetus and other Greek women who had lost their minds and wandered wildly in the mountains and deserts of Tiryns, who mistook themselves for cows.

As a result, Melampus and his brother Bias made a fortune (two-thirds of King Proetus’s kingdom) and married the princesses they had healed. 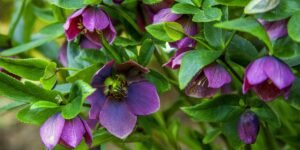 The name of the anemone plant is connected with the ancient legend that tells the famous love story between Adonis and Aphrodite.

According to this legend, when Adonis lived with Aphrodite, the two lovers went hunting in the forest. While Adonis was chasing prey through the forest, the goddess would follow closely in her chariot, dressed as a hunter. Aphrodite’s ex-lover, Ares, the god of war, became jealous of her relationship with the mortal. While Adonis was hunting alone, Ares disguised as a boar and attacked Adonis. Adonis used his spear to retaliate against Ares, but was soon strangled to death by the wild boar’s large tusks. Aphrodite raced to Adonis in her chariot, but her spirit had already descended into the Underworld. In desperation he sprinkled nectar on Adonis’ wounds. As Aphrodite pulled her lover’s body out of the forest, crimson anemones appeared where every drop of blood and nectar had fallen to the ground. It is said that the wind will soon blow the petals away; that’s why it’s called Anemone or Wind Flower, because what gives it life puts it to an end. 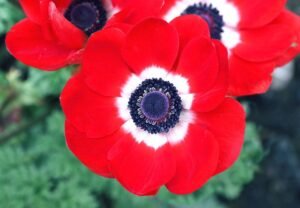 The flower got its name from the Greek goddess Iris, who was the goddess of the rainbow.

Iris was also known as the herald of Zeus and Hera. Traveling in the arc of the rainbow, Iris would receive messages to earth from the “Eye of Heaven”. The word iris means “eye of heaven”. 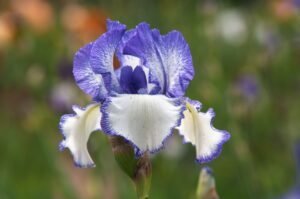 Narcissus was an extremely handsome young man. Her mother had told her that if she didn’t take care of her own beauty, she would live a long life.

However, Narcissus decided to see his own reflection on the surface of water from a spring. She was so fascinated by her own beauty that she remained there until her death, admiring her image. According to another version, she mistakenly thought her own reflection was the face of the fairy living in the sand, and drowned when she jumped into the water while trying to catch it. The narcissus flower is said to have grown at that point. 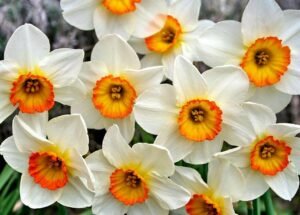 Crocus was a friend of the Greek god Hermes. One day, while two friends were playing, Hermes accidentally shot and killed his friend. A small flower grew at the crash site. Three drops of Crocus’ blood fall in the middle of the flower, and spots appear on this plant. Because of this event, the plant got the name ‘Crocus’. According to another legend, Crocus was a young man who turned into a flower because of his unsatisfied love for a fairy named Smilax. 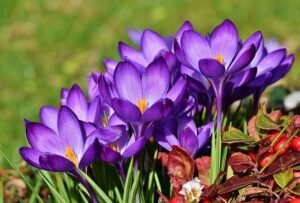 Daphne was a young beautiful fairy who was the daughter of the river god Peneus. He was a hunter who was devoted to Artemis, the goddess of the hunt, and just like her, refused to marry. He had many admirers, but rejected every lover, including Apollo, the mighty son of Zeus. Apollo fell in love with Daphne and followed her into the woods when she was rejected by Daphne. Daphne was frightened and prayed to her father for help. Then his father said that he would protect him by turning him into a laurel tree on the bank of the river. When Apollo came looking for Daphne, her father told her that she had turned into a Laurel tree. Apollo then cut some branches and made a wreath for himself to commemorate her beauty and love for her. Apollo made the laurel the sacred tree.

He has since dedicated the laurel wreath, called Daphne in Greek, to champions and those striving for excellence in their chosen fields. At the ancient Olympic Games, all champions were crowned with a laurel wreath. 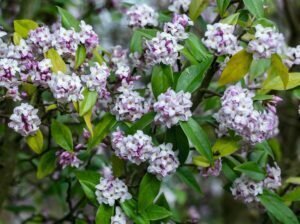 There are many legends about the rose. In a Greek myth, the rose was created by Chloris, the goddess of flowers.

One day he found the lifeless body of a fairy in the forest and turned it into a flower. He summoned Aphrodite, the goddess of love, and Dionysus, the god of wine. Aphrodite gifted the flower its beauty, and Dionysus added nectar to give it a sweet scent. Zephyrus, the god of the west wind, blew the clouds so that the sun god Apollo could shine and make the flower bloom. This is how the rose was created and rightly crowned as the “Queen of Flowers”. 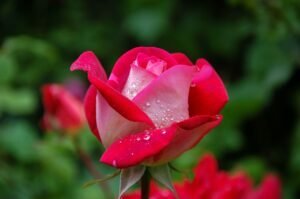 This flower is said to have grown from the tears of Asterea, the Greek goddess of the starry sky (also known as Virgo in Roman mythology), who cried because she did not see the stars when she looked at the earth. 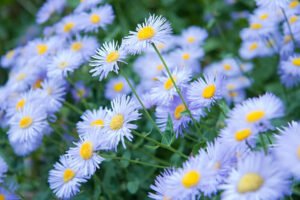 Achilles, the hero of Homer’s Iliad, is said to have given this herb to his soldiers during the Trojan War to help stop bleeding from his wounds.

Modern tests on this herb have shown that it does indeed contain chemicals that help blood clot. It is also called the “devil’s toy” in the past, as people believed that putting yarrow under their pillow would make them dream of love affairs. 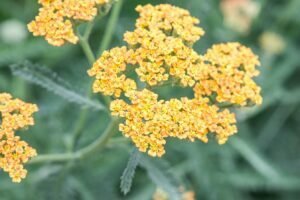 Greek mythology tells of the beautiful princess Phyllis, the daughter of a Thracian king. Phyllis falls in love with Theseus’ son, Demophon. On the way home from Troy, the young man arrives in Thrace, and the king gives him part of his kingdom and allows him to marry his daughter Phyllis. After a while, Demophon misses Athens so much that he wants to go home for a while. Phyllis agrees to leave after promising to be back soon. Phyllis is left to wait at the altar on her wedding day. Phyllis waited for years for Demophon to return, but eventually died of a broken heart. In sympathy, the gods turned Phyllis into an almond tree, which became a symbol of hope. When the errant, remorseful Demonphon returns to find Phyllis a leafless, flowerless tree, she hugs the tree. The tree suddenly bloomed. 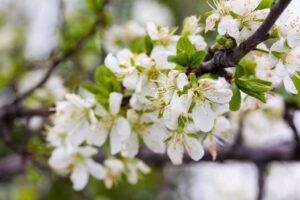 In Greek mythology, Orchis was the son of a fairy and a satyr. During a celebratory feast for Bacchus, Orchis committed a sacrilege by attempting to rape a priestess, causing her to be torn to pieces by wild animals and then transformed into a delicate and humble plant. Theophrastus was the first Western writer to mention orchids. He was the first to apply the name Orchis scientifically, echoing the legend of Orchis, reflecting the similarity of the double-rooted tubers to the male genitalia, which got the old Orchis into trouble in the first place. Greek women thought they could control the sex of their unborn child with their Orchid roots. If the father eats large new tubers, the child becomes a boy; if the mother eats small tubers, the child becomes a girl. 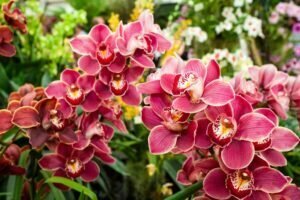 It is said that this flower got its name from the wise centaur Chiron, who was the mentor of Asclepius, Achilles, Jason and Apollo. During the Titanic war, Hiron sided with Hercules in his battle against the centaurs. However, Hercules accidentally injured Hiron’s foot with an arrow filled with Hydra poison. Chiron used the plant “Centaurea” to heal his wound. 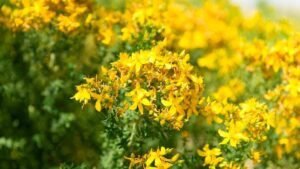 According to tradition, Cyparissos was a handsome young man from the island of Kea, son of Telefus and grandson of Hercules. He was the apprentice of both Apollo and Zephyrus (the wind god). His beloved friend was a holy deer. But one summer day, while the deer was lying in the sun, Cyparissos accidentally killed it with his spear. In desperation, the young man wished for her to die, too. He asked the heavens for a favor so that his tears would flow forever. The gods turned it into a cypress tree, a tree of sorrow. Since then, the cypress tree has been considered a mourning tree and has been planted in cemeteries. 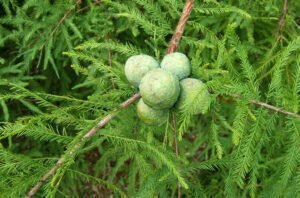 It is known as the most suitable Christmas tree in modern times. But what do the Greek myths tell? The ancient Greeks called the fir tree “Pitys” and together with the pine tree they were the sacred trees of the god Pan. Pan was once in love with a fairy named Pity. The god of the north wind was also influenced by Pity, but the fairy chose Pan instead. The god of the north wind, out of jealousy, threw Pity into a valley. Pan found his lifeless body lying in the valley and turned it into his sacred tree, the fir tree. Since then, the fairy cries whenever the north wind blows. Tears are drops of pitch that seep from pine cones in the fall. 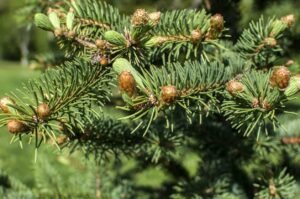 Meet the plants where the healing qualities of nature come to the fore. ROUCOU The Roucou Tre...

END_OF_DOCUMENT_TOKEN_TO_BE_REPLACED

A Mythological Story: Io and Zeus…

We reach the Bosphorus of Istanbul, inspired by Sacred Bosphorus and enriched by fascinating s...